Perfect Pitch: The Role of Speech Therapy in Transgender Transition 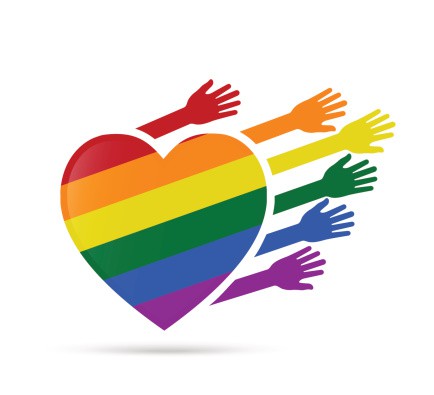 While Caitlyn Jenner’s April 20/20 interview and July Vanity Fair cover and feature have raised awareness of the transgender transition process, there is little public knowledge about some of the non-surgical procedures and therapies undertaken as part of this overall transition. Speech therapy, for instance, is not something many people would consider when thinking about transition, yet it can be a key component in a transgender person’s effort to establish their new identity.

According to Transgender Speech, Feminization/Masculinization: Suggested Guidelines for BC Clinician, speech therapy is part of a complex approach to overall gender health. The main goal of speech therapy for a transitioning individual is to alter one’s speech to better represent his/her new sense of self.

“Speech is not something people generally think about, but it can be a significant aspect in defining one’s self,” says Jeanette Podolsky, clinical director of The Speech Therapy Centres of Canada. “Our voice plays a huge role in how we see ourselves and how we present ourselves to others. The best comparison I can make about voice and gender health is the strange way one’s voice sounds when we hear it on a recording. Now imagine that feeling every time you speak to someone—being very aware of that disconnect and how self-conscious and uncomfortable it makes you.”

During speech therapy, a transgender person will work with a speech-language pathologist (S-LP) to foster the tone of voice, pitch, volume, and other elements necessary for the desired outcome. What that outcome is will naturally differ from person to person. Transgender individuals often seek assistance to make their manner of speech and tone of voice more feminine or masculine. They may also seek speech therapy to address specific voice quality aspects following certain stages of their transition.

As Transgender Speech, Feminization/Masculinization: Suggested Guidelines for BC Clinician notes, the responsibility of an S-LP working with transgender individuals is slightly different from other cases. In addition to the necessity of “cultural competence”—the use of appropriate pronouns and other signs of respect—there are also other elements of the transition, such as in-progress hormone therapy or sex reassignment surgeries, that can affect therapy.

“Hormone therapy, vocal surgery, even gender reassignment surgery can all impact progress. It requires the S-LP to take a more holistic approach when treating a client,” Podolsky observes. “The S-LP needs to understand preferred pronouns, along with how the client perceives themselves and their overall goals. Speech therapy must be individualized so a detailed assessment by an S-LP is required before the treatment process begins. The S-LP will discuss the risks and benefits of the different treatment options. For instance, the S-LP will determine whether the client can reach a certain desired pitch.”

While an integral element of transition, transgender speech therapy is still in its infancy and has areas in need of further research and development. For instance, studies and treatments are heavily lopsided towards voice feminization as opposed to masculinization. The exact reasons for the lesser demand for masculinization speech therapy are not known due to a lack of thorough or comparative studies on the matter beyond a handful of small surveys. The media’s assistance in making this topic come to the forefront is a positive development in bringing more awareness to this field of research.

There is also room for improvement in treatment protocol for those seeking to develop bimodal speech patterns. This is when someone can maintain two distinct modes of speech, one for each gender. This is an important gap that needs to be filled because some transgender individuals maintain two different identities.

“The desire to develop two distinct speech patterns may be less common, but it’s still an important aspect in the transition process for some individuals,” Podolsky explains. “Consider voice actors or bilingual speakers; both groups develop speech patterns and aspects that allow them to accommodate a new role or pronunciations for a different language. This idea of taking on a different identity is true for some transgender individuals, so a bimodal approach better suits their sense of self within this transition.”

“Transgender speech therapy remains an evolving sphere of speech-language pathology and will continue to refine and develop therapies to better serve the unique needs of the transgender community,” Podolsky concludes.